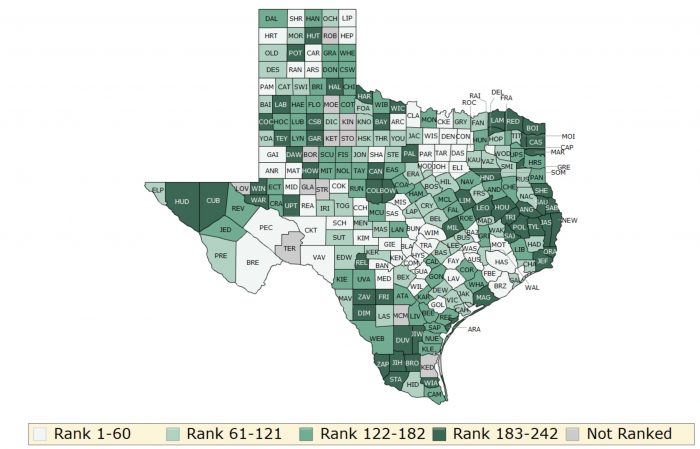 University of Wisconsin Population Health Insitute, School of Medicine and Public Health with the support provided from the Robert Wood Johnson Foundation released County Health Ranking Report. Ranking the health of nearly every county in the nation (based on the model below), County Health Rankings & Roadmaps (CHR&R) illustrates what we know when it comes to what is keeping people healthy or making them sick and shows what we can do to create healthier places to live, learn, work and play. CHR&R brings actionable data, evidence, guidance, and stories to communities to make it easier for people to be healthy in their neighborhoods, schools, and workplaces. 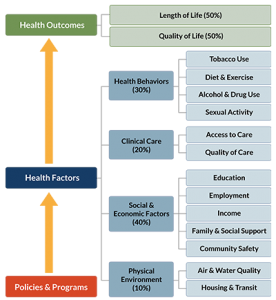 The below map is an example for health ranking in Texas (while maps are available for all states). 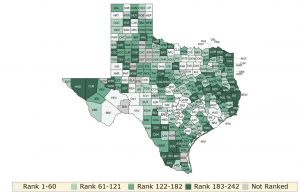 Few findings from the map are: